Budesonide is a glucocorticoid steroid. This class of steroids is so-named because they are synthesized in the adrenal cortex and play a role in the metabolism of glucose. Budesonide is available in various preparations that are sold under different brand names. These preparations are approved treatments for several medical disorders.

The most common use of budesonide is the treatment of asthma and allergies such as hay fever. It is also used to treat and prevent nasal polyposis, commonly known as nasal polyps. Some patients take budesonide as a Crohn's treatment. This disease is known generically as regional enteritis, which is a form of inflammatory bowel disease. A new preparation of budesonide is also being tested as a treatment for ulcerative colitis.

AstraZeneca sells a nasal inhalant preparation of budesonide under the brand name Rhinocort, also known as Rhinosol in Denmark. This company also makes an oral inhalant formula of budesonide under the name Pulmicort, also known as Budicort in Israel. AstraZeneca combines budesonide with formoterol into a single inhalant, which it sells as Symbicort. Eurofarma markets the same preparation in Brazil as Noex.

Budesonide is metabolized quickly compared to other corticosteroids. It has the greatest efficacy in the right colon and ileum when used as a treatment for Crohn's disease. Budesonide causes a lower loss of bone density than prednisolone, a similar corticosteroid. Budesonide has little effect on the activity of the adrenal, hypothalamus and pituitary glands, which means a patient does not have to taper off the drug before discontinuing it.

The side effects of budesonide are generally milder than those of similar medications. These side effects typically include the following:

Budesonide may also cause the following side effects in rare cases:

White patches in the mouth

Patients should report these symptoms to their physician immediately. Children who take budesonide may exhibit behavioral changes in very rare cases.

The following drugs can cause significant interactions with budesonide:

Budesonide may be contradicted if you have diabetes, glaucoma, hypertension, osteoporosis or tuberculosis. You must inform your doctor if you are pregnant or plan to become pregnant before taking budesonide. You will also need to avoid people with chicken pox or measles, especially if you have not been vaccinated against these diseases. 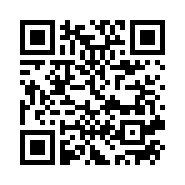