Bloody (not the expletive) pertinently depicts bowel movement bleeding. Down the legs and into the toilet bowl, bright red drops of blood drip. Red blood oozes from the surface of stools. Toilet tissue may be stained by scarlet red blood. Our hearts may skip a beat in alarm. What is going on?

There is no need to be unduly alarmed yet as the hemorrhaging (technical jargon for bleeding) may be the result of any one of 6 likely reasons. As annoying as they are to our daily lives, most of the 6 causes are not severe and treatable if approached correctly. Nevertheless, complacency is not wise. Monitor closely. If bleeding persists more than a week, accompanied by pain, visit a medical doctor right away.

A proper diagnosis will identify the exact cause so that correct treatment can be administered to solve the problem. More alarmingly, bowel movement bleeding may be the consequence of some form of cancer.

Proctitis is medically listed in the IBD (inflammatory bowel disease) group which includes the small intestine and the colon or large intestine. Inflammation by itself is a positive bodily reaction to heal wounded tissue. Inflammation is a double-edged sword, triggering off healing of wounded tissue but causing tissue weakening if left unfettered. Ulcers cause proctitis in the rectum by eroding the mucous membrane lining.

Among other symptoms, bowel movement bleeding is a common encounter. The elimination of proctitis as the cause of rectal bleeding is critical as at an advanced stage, the rectum can become perforated.

Fistulae must be accurately diagnosed as it can be due to peritonitis (abdominal lining inflammation) which can be life-threatening. Surgery and antibiotic therapy are usual treatment methods following tracing of the fistula's complete path.

A change in diet to reduce constipation coupled with medication (lidocaine or hydrocortisone) may relieve the pain, inflammation and the harmful spasms.

An ancient sickness, the earliest recorded rectal prolapse was in 1500 B.C.! Afflicting largely aged women, this condition is characterised by the rectum hanging visibly out of the anus. Weakened muscles, including external and internal sphincter muscles, and ligaments fail to hold the rectum in its place.

Notwithstanding the above weighty narration, it may be ironic relief that the most frequent reason for bowel movement bleeding is hemorrhoids, both internal and external. 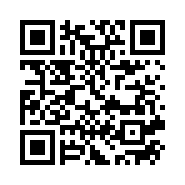