Organs affected include the bladder, vagina and the skin. These abnormal connections allow the bacteria that normally live in the intestine to enter other areas of the body, causing potentially serious infections.This terrible illness occurs in 25 to 33% of people with Crohn's disease. Fistula can effect the quality of life of its victims. It's known to be one of the most troublesome aspects of crohn's disease and often requires surgery in most cases.

Symptoms of Fistulizing Crohn
Symptoms are dependent on the segment of the bowel involved. In some patients these fistulae do not cause symptoms but they can lead to malabsorption or dehydration, abdominal pain and bloody diarrhea. These symptoms vary depending on the location of the inflammation. Due to inadequate absorption of dietary nutrients, patients with fistula experience weight loss and nutritional deficiencies. Instances where fistulas causes no symptoms does not require treatments.

Treatment with medication is the first therapeutic option for people with fistulizing crohn. However, about two-thirds to three-quarters of people with Crohn's will eventually undergo surgery as part of the therapeutic management of their illness. Treatment of fistulas varies with the cause, location, size, and type. Some small fistulas resulting from injury heal on their own after a while.

Infliximab is approved for patients with fistulous disease. Other related drugs are being studied. This drug targets the inflammatory protein tumor necrosis factor (TNF).This protein is what causes inflammation that leads to fistula. Infliximab finds TNF in your bloodstream and removes it before it causes inflammation in your intestinal tract and which contributes to the formation of fistulas. Infliximab has been shown in research to reduce symptoms in patients and to heal fistulas over a limited period of time.

All anti inflammatory drugs has side effects, including infliximab. Infliximab suppresses the immune system to enable it to control imflammation. In so doing patients experience weak immune system that makes them vulnerable to infections. Infections such as TB has been reported in patients using Infliximab over a period of time. 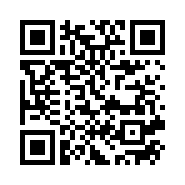