Embarrassment, Fatigue, Pain
Irritable bowel syndrome, or IBS, can severely impact every aspect of a patient's life. IBS can also complicate other chronic health conditions such as clinical depression, hemorrhoids and generalized anxiety disorder. IBS taps into the fears children have about not being able to control their bowels. This lack of control and pain may evoke feelings of low self-esteem in a sufferer. Sometimes potentially dangerous attempts to self-medicate are made because the patient may be too ashamed or too embarrassed to go to a doctor.

Adding to the problem is that IBS is a mysterious condition, often acting as a catch-all phrase for many types of chronic digestive problems such as spastic colon and colitis. The world-renowned Mayo Clinic notes that there are no diagnostic tests for IBS, so a doctor may have to run tests in order to eliminate more severe problems such as cancer before making a diagnosis. Symptoms of IBS are also similar to Crohn's disease or ulcerative colitis, so there is a chance of misdiagnosis. The misconception that IBS does not exist and that patients are merely exaggerating their symptoms still persists in society.

Symptoms of IBS
Another factor making IBS difficult to diagnose is that each person experiences their own set of symptoms. The most common symptoms include severe abdominal pain, rectal bleeding, diarrhea, excessive flatulence, mucus-coated stools, hemorrhoids or a lack of bowel control. Pain is eased after a bowel movement. The Mayo Clinic reports that less common symptoms include fever, nausea, vomiting and sudden weight loss. The National Institute of Diabetes and Digestive and Kidney Diseases (NIDDK) reports that patients with IBS often cycle between periods of diarrhea and constipation and rarely have a normal bowel movement.

In order for a doctor to diagnose IBS, the patient must have exhibited symptoms for at least 12 weeks in the past 12 months. Although many patients wait until conditions are severe before seeing a doctor, many patients may not be able to obtain an IBS diagnosis because they are in the early stages of the condition. The Mayo Clinic also recommends a colonoscopy for all patients with IBS symptoms to rule out colon cancer. Colonoscopy preparation involves completely clearing the bowels through a lengthy period of a liquid diet which may exacerbate IBS symptoms.

Women's Condition
The Mayo Clinic reports that over 50% of IBS patients are women. It is not known why women are more prone to IBS than men. The typical IBS patient is not only female, but has a relative with IBS and is under 35 years of age. Again, it is unknown why younger women are more susceptible to IBS than older women. There are some theories that younger women may be subject to greater stress than older women or that older women may have learned greater stress management skills than their younger counterparts. It is also unknown just how much of a role genetics plays in developing IBS.

Another theory is that hormones such as estrogen and progesterone may play a large role in IBS. The NIDDK reports that women with IBS often have attacks just before or during their periods. But this does not explain why men are diagnosed with IBS. Both men and women report IBS attacks at times when they are under severe stress. Perhaps the female sex hormones weaken a woman's digestive system when she menstruates. The NIDDK notes that many IBS patients of both sexes also have a depressive illness or an anxiety disorder. There is still much that needs to be learned about why women suffer from IBS more than men. But one thing is clear - IBS is treatable in a majority of cases.

Treatment
Treatment for IBS involves dietary changes and learning how to manage stress. IBS patients have more frequent attacks if they consume large meals, so IBS patients are encouraged to eat small, frequent meals every day rather than two or three large meals. The Mayo Clinic notes that a majority of IBS patients regularly are afflicted after consuming certain foods. The IBS patient is encouraged to keep a food journal of all food and beverages consumed to determine which foods trigger attacks, and thus avoid or drastically reduce such foods or beverages.

Prescription medications have also been used to help ease IBS symptoms but are in no way considered a cure. Some drugs such as laxatives are only to be used short-term because the body becomes reliant upon laxatives to push the stool through the colon to be eliminated through the rectum. If the body becomes dependent upon laxatives, the digestive muscles are not used and they atrophy. Other medications such as muscle-relaxants may cause bladder incontinence or excessive flatulence. The Mayo Clinic reports that anti-depressants and antibiotics are prescribed off-label for IBS.

The Dangers of Self-Medication
Many patients with IBS postpone visits to the doctor for treatment. It is unknown how many try to self-medicate, but IBS symptoms can cause sufficient anxiety that a patient will quite literally try anything in an effort to gain relief from their symptoms. Medications can include over the counter laxatives or alcoholic beverages. The alcohol acts as both a painkiller and a muscle relaxant. But long term use not only leads to addiction but also a worsening of symptoms. If the patient also has an illness such as depression, then alcohol will act to worsen symptoms or counteract antidepressant or anti-anxiety medications.

Conclusion
Irritable bowel syndrome is not something to be ashamed of or embarrassed about. Treatment and advice should be sought as soon as the illness presents itself. Patients can be helped to learn to live with IBS and to reduce the impact that the illness has on their daily lives. 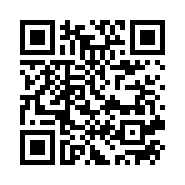