Once diagnosed with colitis, periods of remission from symptoms can last for months if not years yet there is a high chance that a flare up will happen at some point in time. You should not spend time blaming yourself and becoming stressed as to why it happened. You need to concentrate your thoughts on what action is required to ensure the colitis symptoms are managed and brought under control.

The symptoms that are being experienced will vary in their intensity and extent according to whether the flare up is of a mild or severe nature, which is determined by the degree of ulceration and inflammation of the large colon. Once there is actual confirmation from your doctor that a flare up is occurring, you should be advised on the additional medications that are required to be taken in addition to any that are continually prescribed. It is normally the case to increase any current dosage being taken of anti-inflammatory drugs plus the introduction of steroid treatment either in tablet or enema form, perhaps even both depending on the extent and location of the inflammation.

It is important to note that when taking steroids, side affects often materialise which the patient just has to accept as part of the effective treatment administered. The most common include weight gain, an increase in blood pressure, changes in mood and increased hormonal levels. Furthermore, when the colitis symptoms have begun to recede and normal health re-emerges, it is very important to continue on the steroid course until complete through a prolonged phased withdrawal of the medication. It can sometimes be the case that the prevailing symptoms don't respond sufficiently well to the medication that has been prescribed and thus further action will be called for. This can be the case where there are poor levels of absorption of the medication or the level of dosage is too low to fight the amount of inflammation being experienced. If the flare-up is still not brought under control, different treatments or a combination of treatments may be considered plus also the hospital consultant may wish to undertake further investigation of the bowel area to determine its the actual condition and how it is responding to the treatment.

There are on occasions that some sufferers have a flare up that does not respond to the usual treatment and the symptoms become severely debilitating. This is explained by both the ferocity and extent of the inflammation leading to the next stage of treatment that involves admission to hospital and the use of intravenous steroids to enable the control and reduction of the symptoms. As one of the symptoms is frequent and persistent diarrhea, there is the potential added problem of dehydration though this can be alleviated by intravenous fluid replacement.

Don't be too alarmed as most flare ups, even if the symptoms appear severe, can be treated effectively without having to spend time in hospital. It is just important, essential even, that as soon as a colitis flare up starts to appear it requires to be dealt with effectively and not ignored hoping that it will just disappear. By acting fast, you can increase the chances of suffering less severe symptoms and perhaps painful complications. 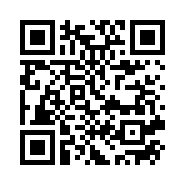