This article is part of a series giving information about herbs and their medicinal properties. We are going to look at periwinkle in this article. You will find out what this herb is, how you can use it and the conditions that could be helped by periwinkle.

Periwinkle is a perennial shrub that also flowers and is a member of the Apocynaceae family. There are two varieties of Periwinkle, lesser and greater. The lesser periwinkle originated from Spain and France but can now be found growing all over the world whereas greater periwinkle is native to Southern Europe. It is important to mention that this is not the same as Madagascar periwinkle which probably has greater healing properties than lesser and greater periwinkle. The flowers of the periwinkle shrub a purple and in ancient times was often called sorcerer's violet due to the fact it was thought to have magical properties.

How to use Periwinkle

There has been very little research done on periwinkle and so the exact dosage that should be taken when making your own remedy is not known. For that reason you should not make your own remedy at home and should visit a health food store in order to get your remedies. These can be bought in a variety of forms as with so many herbs and it is important to follow the directions on the side of the packet. In addition you could consider visiting a herbalist in order to get more advice on the best way to use periwinkle and the correct dosage.

Although there is very little evidence on the health benefits of periwinkle is has been used for centuries for various different conditions. For example it is thought to be an astringent and many herbalists may recommend it for excessive bleeding during menstruation. It is believed that lesser periwinkle can help improve circulation particularly in the brain. Greater periwinkle is thought to be useful at treating anxiety or nervousness and also to reduce blood pressure. In addition both types are thought to be a useful treatment for diabetes.

The astringent properties of periwinkle may mean it is also useful for things such as colitis, diarrhea, bleeding gums, nosebleeds, sore throats, and mouth ulcers. One supplement that is derived from periwinkle is vinpocetine and studies on that have shown it can improve brain function and memory. This suggests that there could be some benefits for sufferers of dementia or Alzheimer's disease.

Side Effects and Precautions

Periwinkle is not thought to be harmful when taken in recommended dosages however little research has been done on the long term effects and so you should limit the length of time that you take it. It is also not recommended for people suffering from low blood pressure or constipation. In addition care should be taken when giving periwinkle to children or pregnant women. Large doses can cause a large drop in blood pressure and medical advice should be sought immediately.

Side effects of taking periwinkle may include flushing and gastrointestinal problems. In addition it is not known to interact with medication or other supplements and can be taken with a number of other herbs for extra benefits. If you are at all concerned it is a good idea to consult not only a herbalist but also your doctor to ensure you get the relevant advice. Also if you are taking it and feel you are having side effects that are not reported in this article then you should stop taking periwinkle immediately and discuss your response with your herbalist and your doctor. 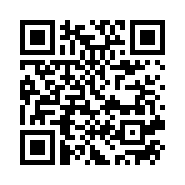