Tumors are one complication anyone with or without a diagnosis of diabetes wants to prevent. According to research performed in the Department of Internal Medicine at I-Shou University in Taiwan, people who have diabetes and who have also controlled their blood sugar levels consistently, were likely to find this a good means for the prevention of tumors.

The study, reported in November 2011 in the journal Cancer Causes Control, included 2,776 volunteers who enrolled in a comprehensive health management program that included:

It was concluded further research could clarify how useful hemoglobin A1c levels might be in estimating the risk for colorectal tumors.

Colon, or colorectal, cancer starts in the colon or large intestine, or rectum at the end of the colon. Besides diabetes, several other risk factors exist:

Colorectal cancer can exist without symptoms, so screening should be performed for those over age 50 or who are at high risk. Signs and symptoms that can exist include:

When colorectal cancer is found, surgery, chemotherapy, or radiation therapy can be prescribed.

1. Surgical treatment can consist of the removal of tumors or even of sections of the colon.

When the disease is caught in its early stage the prognosis is good, with 74 percent of sufferers living at least 5 years after diagnosis. 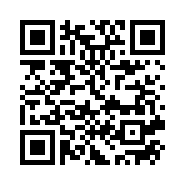