The purpose of this experiment is to determine is Anthemis nobilis, Roman chamomile, will effect the growth of Candida albicans in the human body, candidiasis.

Candidiasis is a common overgrowth of the yeast Candida albicans in the human body. This overgrowth can occur due to a poor diet consisting of refined sugar and processed foods, high stress, and minimal exercise. Yeast is part of the human body's normal micro flora however, if left to overgrow will compete with probiotics needed for proper immune, digestive, and integument functions. Anthemis nobilis, Roman chamomile has antibacterial properties due to its high ester content. My hypothesis is that Roman chamomile will inhibit the growth of C. albicans. I will design an experiment to be performed in a controlled microbiological laboratory, execute the method, and determine if my hypothesis is correct based on results obtained.

Ancient Egyptians were aware of the benefits of chamomile and this herb was used traditionally throughout the Roman Empire. In the book, Peter Rabbit, it is said that he drank the tea of chamomile to soothe himself after he ate too much out of Mr. McGregor's garden. The word chamomile comes from the Greek word, Chamomaela meaning "ground apple". Romans used this flower to flavor incense and beverages. Rome gave its name Roman chamomile due to the plant collector who happened to find some growing in the Roman Coliseum. In the Middle Ages it was used as a "strewing" herb to improve the atmosphere at gatherings and festivals. At these times it was also used as the bittering agent in beer-making.

Also know as English chamomile, Roman chamomile is a perennial with feathery fern-like leaves and daisy-like flowers. It is part of the Asteraceae family and is predominately composed of aliphatic esters. It is native to Western Europe and today is cultivated in England, Belgium, France and Hungary. The flowering tops are used to distill the fine, sweet-smelling essential oil. It prefers cooler climates and not too much direct sunlight. The essential oil is pale-yellow and does not leave a stain on the blotter. Its scent is sweet, tea-like, middle-note, and has a strong herbaceous flavor.

The psycho-emotional benefits of chamomile are: stress, nervous tension, insomnia, anxiety, anger, irritability, fears and worries. The high ester content is associated with its antispasmodic, sedative properties as well as when used topically to reduce inflammation and promote healing.

Chamomile should be avoided during first trimester of pregnancy. One must avoid long-term use with estrogen dependent cancer. Chamomile is gentle enough for young children and is safe to use to help with anxiety, teething, and dermatitis for infants.

Roman chamomile essential oil has been reported to be non-toxic, non-irritant, and non-sensitizing. This herb is not be used if allergies to the Asteraceae family exist.

Candida albicans is a diploid fungus (a type of yeast). It is part of the normal human mouth, vaginal, and gut flora and is partly responsible for proper digestive function. When C. albicans has a chance to over grow in the body it can be the main cause of numerous host ailments such as oral and/or vaginal thrush, skin disorders including eczema, itching, flaking skin especially on feet and heels, depression, exhaustion, irritable bowel syndrome, colitis, a weakened immune system, and many more. To infect host tissue, the usual unicellular yeast-like form of C. albicans reacts to environmental cues and switches into an invasive, multicellular filamentous forms. These cues are most commonly a poor diet, lack of exercise, and high stress in the individual. C. albicans lives in about 80% of the population without harmful effects. It reproduces by budding and is typically 10-12 μm in diameter.

The infection known as candidiasis is due to the overgrowth of C. albicans in the body. This infection can travel through the blood thus causing many symptoms that vary from person to person. If this condition persists, it can cause depression, loss of memory, PMS, fungal infections such as athlete's foot and tinnea. It can also cause food intolerances, which can result in abdominal distension, bloating, diarrhea and/or constipation. There are predisposing risk factors for these conditions such as altered bowel flora, prolonged antibiotic use, low digestive secretions, poor diet, and high stress.

Ways in which to eliminate the over growth of C. albicans in the body is to make sure one has proper digestion. The most important key here is to ensure that waste does not stay long inside the colon. Taking a multivitamin and probiotic supplement are also excellent ways to help support the healthy gut bacteria and keep the growth of C. albicans down. Aromatherapy is a wonderful and non-invasive way to help eliminate the overgrowth of C. albicans in the body. Essential oils with anti microbial properties such as Melaleuca alternifolia, Australian Tea Tree, Lavendula angustifolia, Lavender or Rosmarinus officianlis, Rosemary are all excellent oils to help alleviate yeast. In addition to aromatherapy and supplementation, proper nutrition is vital to help eliminate yeast. Avoid all yeast-containing foods, refined carbohydrates, and dairy products.

This experiment was designed to determine what effect, if any, R. chamomile essential oil had on the growth of C. albicans. This experiment took place in a controlled laboratory setting by a qualified Quality Control microbiologist.

1.) Drop two (2) lyophilized pellet of C. albicans into 2mL hyrdating fluid.
2.) Allow fluid containing pellets to incubate at 36簞 C for no less than 30 minutes.
3.) Administer 0.1mL using micropipettor and sterile pipette tips of reconstituted C. albicans onto duplicate SDA plates.
4.) Pour 2 drops of R. chamomile essential oil onto both plates.
5.) Spread contents evenly onto both plates using sterile spreader.
6.) Inoculate a third SDA plate with only 0.1mL C. albicans. This will serve as positive control.
7.) Incubate at 20-25簞C for 3-5 days.
8.) Examine plates after 3-5 days of incubation and take pictures of growth, if any.

Roman chamomile will inhibit the growth of yeast (C. albicans) in vitro. Chamomile contains high ester content and is found to be a strong anti microbial.

After 5 days of incubation the three (3) plates were examined. The positive control had growth of 58 colony forming units (CFUs). The two (2) plates containing R. chamomile essential oil had no growth. All 3 plates were inoculated with 10-100 CFU of C. albicans. The first 2 plates also contained 2 drops of R. chamomile e.o.

Based on the result of this experiment it is safe to say the R. chamomile essential oil completely inhibits the growth of C. albicans. The plates that were inoculated with both the e.o. and the yeast showed no growth (0 CFU). The positive control plate that contained only the yeast had growth of approximately 58 CFUs.

Based on this experiment I would recommend R. chamomile as an effective treatment of yeast over growth, candidiasis, in the human body. In vitro the e.o. demonstrated powerful antifungal capabilities by completely inhibiting the growth of yeast. Due to its gentleness R. chamomile would make an effective and noninvasive treatment for yeast in the body.

Modern Day Use of Roman Chamomile

As our modern day lifestyles continue to become more hectic and stressful as we try to incorporate too much into schedules and connect less with nature, aromatherapy will become more mainstream once again. Today's use of R. chamomile can range from a tea and used to treat digestive disorders such as gas, bloating, constipation, or as a sleep aid all the way to skin care products such as eye creams to help reduce inflammation, puffiness, dark circles and wrinkles. As essential oils continue to gain in popularity we will see the use of chamomile become more prevalent to help treat anxiety, hypertension, candidiasis, dermatitis, insomnia, worries, fear, and much more.

Add the flowers to tea ball and immerse in hot water for 5-7 minutes. Remove flowers from water and enjoy.

Combine the water and sugar in a small saucepan over low heat, stirring, until the sugar melts, and simmer the syrup for 5 minutes. In a separate bowl, mix 1 tablespoon of the syrup with the powdered chamomile, then add that mixture to the syrup in the saucepan, and stir until evenly mixed. Add the light cream and heavy cream, pour into an ice cream freezer, and freeze according to manufacturer's instructions.

METHOD
1 Preheat the oven to 350簞F (175簞C). In a large bowl, mix together the sugar, eggs, and vanilla. Mix in the chamomile and then the melted butter. Sprinkle baking soda and salt over the mixture and mix in. Add the flour, a third at a time. Sprinkle in the cinnamon and nutmeg and mix.
2 Divide the batter equally between 2 buttered 5 by 9 inch loaf pans. Bake for 1 hour (check for doneness at 50 minutes) or until a wooden pick inserted in to the center comes out clean. Cool in pans for 10 minutes. Turn out onto wire racks to cool thoroughly.
Makes 2 loaves.

Over double boiler combine all ingredients except for essential oils. Once beeswax melts entirely remove from heat and stir. Add essential oils and stir. Pour into container and allow to cool. Allow the ointment to settle for one day. Apply to infected area 3 times a day.

**Can add these essential oils to a Calendula gel base to create a wonderful baby eczema gel. Apply over infected areas twice a day. Use only 3d chamomile, 4d lavender, 3d geranium into 1.5oz gel to create a safe 1% dilution.**

Mix all ingredients together in plastic ziplock bag. Allow mixture to dry for approximately 2-3 days. Once dry pour into container with holes. Apply during each diaper change. 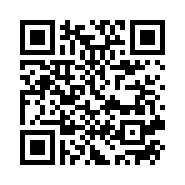