Symptoms of colon cancer do not appear in all the patients when the disease is in an early stage but only after it has advanced in gravity. This is why doctors recommend that after a certain age people should ask for screenings regularly.

Colorectal cancer can give a lot of symptoms but they all match other diseases too like: inflammatory bowel disease, diverticulosis, and irritable bowel syndrome. All these diseases can be treated but they first must be diagnosed in order to apply a right treatment.

Patients come at the hospital because they are constipated, or have diarrhea for more than a week. Sometimes people observe that their stool is much thinner than before and that it comes with blood. They might be feeling abdominal pain, cramps, and bloating. Most of the patients loose a lot of weight in a short period of time and they feel that they have not defecated sufficiently.

Cancer determines cells to divide in an uncontrollable way. Generally the cells of the body divide only when needed, like when they grow old and other cells need to be produced in order to replace them or when they are in a small amount and the body needs more of them. Because the cells are produced in an increased number, a mass of unknown tissue will form, known as a tumor (this tumor can be benign or malign). Doctors believe that this type of cancer is developing from polyps situated in the large intestine. These polyps are considered to be benign but left untreated for years they can transform in malign tumors.

If the cancer passes to a next stage it can affect the local lymph nodes and then get into the blood stream and affect other organs giving metastases.

The colorectal cancer can affect old people as well as young people but most of the cases are recorded at those aged over 50. There are several factors that increase the risk of developing colorectal cancer: those who have a family history of colon cancer or other type of cancer is at risk; those who drink alcohol and follow an improper diet can develop this disease. Also, people who suffer of Crohn's disease, ulcerative colitis, diabetes, and familial adenomatous polyposis are exposed at a greater risk than others. There is a type of nonpolyposis colorectal cancer syndrome which also occurs in the same family members but now people who are at risk can be identified through genetic screening.

Those who have adopted western diets, are obese, are smoking and also follow a diet that is rich in proteins and fats and low in fiber are at risk to develop colorectal cancer. 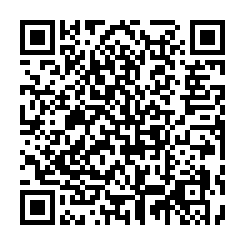